Apple is developing the next several iterations of its M-series Apple silicon chips, and one of those future chips coming in 2023 is expected to be called the “M3” and use updated TSMC chip manufacturing technology. 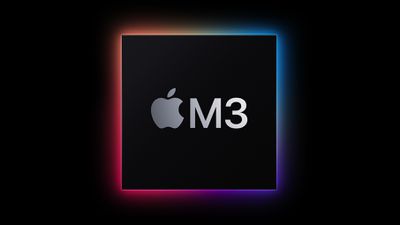 This guide contains everything that we know about the M3 chip, and it will be updated over time as we learn more about it.

Apple is still on the M1, M1 Pro, and M1 Max line of chips, so the M3 is some time away. We don’t know a lot about it right now, but we know it’s in development and rumors suggest that it is going to use TSMC’s upcoming 3-nanometer chip design.

Current M-series chips are using TSMC’s 5-nanometer technology, but the update to 3-nanometers will bring significant power and efficiency improvements. TSMC is already working on its 3-nanometer chip design, with commercial production set to begin in the fourth quarter of 2022.

According to , future Apple silicon chips built on the 3nm process will feature up to four dies, which would support up to 40 compute cores. The original ‌M1‌ has an 8-core CPU and the ‌M1 Pro‌ and Max have 10-core CPUs, so this would be a notable increase in performance.

If Apple sticks with this naming scheme, lower-end M3 chips could be in Apple’s entry-level machines, while higher-end Macs could get M3 Pro and M3 Max chips with up to 40 compute cores. Rumors already suggest that there’s an M3 iMac that’s being tested at Apple headquarters.

Rumors so far suggest that the M3 chip is going to come in 2023 Macs, but we don’t have a more specific timeline as of yet.

Have questions about the M3 chip or want to offer feedback on this guide? Send us an email here.