This month, Apple introduced the M2 chip – the second-generation custom silicon chip for the Mac. The M2 now sits below the M1 Pro chip in Apple’s custom silicon lineup, but why is the ‌M1 Pro‌, based on chip technology from 2020, still better than the latest ‌M2‌? 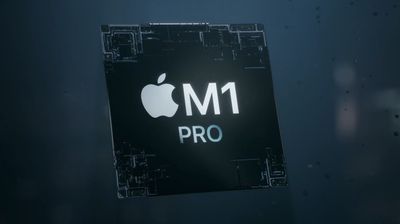 Apple says that the ‌M2‌ chip takes the performance per watt of the M1 even further with an 18 percent faster CPU, a 35 percent more powerful GPU, and a 40 percent faster Neural Engine. There are also other significant enhancements such as more memory bandwidth and support for up to 24GB of unified memory. Nevertheless, the ‌M1 Pro‌ remains a more capable and powerful chip, with up to four additional performance cores, support for 32GB of memory, and more.

The ‌M2‌ chip debuts in the 13-inch MacBook Pro and the redesigned MacBook Air, so the extent to which the ‌M2‌ can compete with the ‌M1 Pro‌ could be an important consideration when purchasing a new Mac – especially if you are considering a 14- or 16-inch MacBook Pro. Read on to learn more about the differences between the two chips.

Like the A14 Bionic, the ‌M1 Pro‌ chip is built using TSMC’s first-generation 5nm fabrication process. On the other hand, the ‌M2‌ uses TSMC’s second-generation 5nm process like the A15 Bionic chip. The enhanced 5nm fabrication process is at the heart of many of ‌M2‌’s performance and efficiency improvements, but the ‌M1 Pro‌ has 13.7 billion additional transistors for a total of 33.7 billion – almost 70 percent more than the ‌M2‌. This is a key reason as to why the ‌M1 Pro‌ is more powerful than the ‌M2‌ despite being produced with older technology.

The ‌M1 Pro‌ features up to eight more GPU cores over the ‌M2‌, resulting in a major boost in graphics performance. In early Geekbench Metal benchmarks, the ‌‌M2‌‌ chip scored 30,627, noticeably less than the 39,758 score obtained by the ‌‌M1 Pro‌‌. The added graphics cores make the ‌M1 Pro‌ much more capable in GPU-intensive tasks.

The ‌M2‌ features improvements to several of Apple’s custom silicon technologies, such as the Neural Engine. The chip contains Apple’s latest Secure Enclave and a new image signal processor (ISP) for better image noise reduction. Despite these improvements, the ‌M1 Pro‌ and the ‌M2‌ have the same dedicated video encode and decode engines for hardware-accelerated H.264, HEVC, ProRes, and ProRes RAW.

Overall, the ‌M2‌ chip is much closer to the ‌M1‌ than it is to the ‌M1 Pro‌, prioritizing efficiency over performance. The ‌M2‌ levelled the playing field in some senses by adopting the capabilities of the ‌M1 Pro‌’s dedicated media engine and the chip is more powerful in single-core tasks with its higher 3.49GHz CPU clock speed, but the ‌M1 Pro‌ is considerably better in multi-core and graphics tasks.

While the ‌M2‌ is ostensibly a more modern chip, being fabricated with next-generation 5nm process and offering the latest core technology, the ‌M1 Pro‌ remains more capable due to its scale. With significantly more transistors, performance CPU cores, and GPU cores, not to mention larger quantities of unified memory and higher memory bandwidth, the ‌M1 Pro‌ remains a powerful chip for professionals with demanding workflows. The ‌M2‌, on the other hand, is more of a consumer-oriented chip focused on delivering impressive performance for day-to-day tasks and excellent efficiency to keep temperatures down and prolong battery life.