One year after Microsoft expanded its Azure cloud domain to the final frontier, the company is taking another giant leap in its campaign to build a digital ecosystem for the space community.

Today, Azure Space is lifting the curtain on a new array of space-centric offerings, including satellite imagery from Airbus, software-based communication links from ST Engineering iDirect and geospatial data analysis from Esri, Blackshark.ai and Orbital Insight.

Microsoft is also unveiling a couple of in-house tools to enhance satellite images.

Taken together, the enhancements should provide more possibilities for solving problems on our home planet, said Stephen Kitay, senior director of Azure Space.

“What we’re focused on is bringing the space community and cloud together,” Kitay told GeekWire. “Our purpose is to innovate faster, to help these companies innovate faster and democratize the benefits of space, because ultimately space is critical to life here on Earth.”

Satellite data has long been crucial for national security purposes — for example, to track Chinese military exercises or Russian troop movements. Emergency agencies can also use overhead imagery to coordinate the response to disasters ranging from floods and wildfires to refugee migrations.

“Supply chains are extremely important to all of us, with what’s happening in the world right now,” Kitay said. “You’ll be able to monitor and analyze ports using spaceborne data, understand how many ships are at the port, how many containers are on the ships, do the math to understand how many trucks would then need to get the containers out of the ports.”

See also  NASA gives a lift to 57 high-flying student experiments, including one from the Seattle area
Powered by Inline Related Posts

Judging by all this activity, it might sound as if Microsoft is encroaching on the market segments currently occupied by satellite operators and geospatial intelligence companies such as Maxar, Planet and BlackSky. But Kitay doesn’t see those companies as competitors.

“They are absolutely potential partners, because what we’re trying to do is enable an ecosystem, and bring together those in the industry on our platform,” he said. Kitay pointed to Azure Space’s collaboration on cloud connectivity with SpaceX’s Starlink satellite service and SES’s O3b service as another example of ecosystem-building.

“What you’ll see us continue to do is grow our partnerships, grow this ecosystem to ultimately serve the customers with multiple options in a resilient cloud-enabled platform,” he said.

There’s one company that Azure Space isn’t likely to enlist as a partner: Amazon.

Amazon Web Services has its own aspirations for cloud-enabled space services (or should that be space-enabled cloud services?), with an ecosystem that includes AWS Ground Station, AWS Space Accelerator and AWS for Aerospace and Satellite. Amazon is also well into the planning stages for its Project Kuiper broadband satellite constellation.

When Kitay was asked about the rivalry with AWS, he indirectly alluded to Project Kuiper as the sort of thing Azure Space won’t be doing.

“I would say that we are taking a strategically unique approach with the partner ecosystem that we are building out, where we’re not actually building and launching satellites,” he said. “We’re partnering with others who do, to enable this ecosystem built on the Azure cloud.” 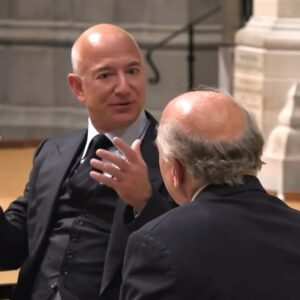 Jeff Bezos, the founder of Amazon and Blue Origin, talks about the link between space and Earth’s welfare with moderator Adi Ignatius at a forum at Washington… 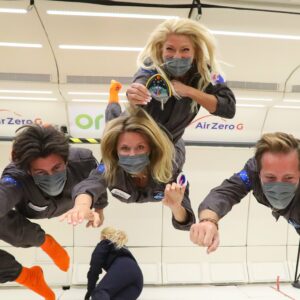 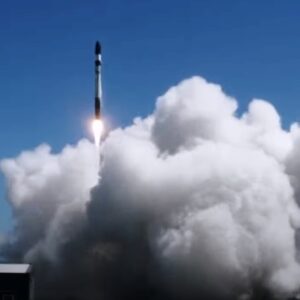 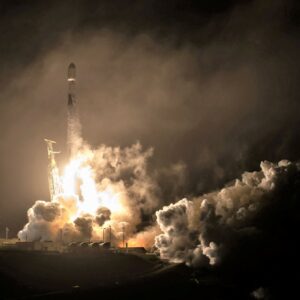 NASA begins DART mission to practice pushing away an asteroid, with an extra push from Aerojet

SpaceX’s Falcon 9 rocket launches NASA’s DART asteroid probe from Vandenberg Space Force Base in California. (NASA via YouTube) A space probe the size of a school…