Skip to content
Home Guides Universal Control Not Working? Here’s How to Fix It

In iOS 15.4 and macOS Monterey 12.3, Apple introduced Universal Control, a feature designed to allow you to control multiple Macs and iPads with a single trackpad/mouse and keyboard. This article offers solutions to the most common problems encountered when getting Universal Control to work. 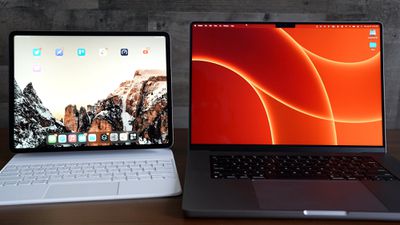 With Universal Control, you can use your main Mac’s trackpad and keyboard to control additional Macs and/or iPads nearby, which means you don’t need a desk cluttered up with more than one set of input devices. But getting it to work can sometimes present issues, especially the first time you come to try it.

Many of the solutions listed below are requirements that need to be fulfilled in order for Universal Control to work. Check each one to ensure you have everything set up correctly.

First up, Universal Control requires iPadOS 15.4 on an iPad and macOS Monterey 12.3 on a Mac. It is compatible with the following devices:

All devices must be signed into the same iCloud account in order for Universal Control to work across them. It will not work across devices signed into separate ‌Apple ID‌ accounts. You can make sure your Mac is signed into iCloud by going to System Preferences -> Apple ID. On iPad, open Settings and tap the Apple ID banner at the top of the main menu.

How Far Away Are the Devices?

See also  Face ID With a Mask: How It Works and What You Need to Know
Powered by Inline Related Posts

Are Bluetooth and Wi-Fi Enabled?

Universal Control uses Bluetooth and Wi-Fi to communicate between devices for a seamless experience, so both of these wireless protocols need to be enabled on Macs and iPads. In addition, all devices must be connected to the same Wi-Fi network.

Universal Control requires Handoff to be enabled on all devices. On Mac, go to System Preferences -> General and make sure the box is checked at the bottom, next to Allow Handoff between this Mac and your iCloud devices.

On iPad, open Settings -> AirPlay & Handoff and toggle on the switch next to Handoff. On the same screen, check that the switch is also in the green position next to Cursor and Keyboard (Beta).

Is the iPad Sharing a Cellular Connection?

For Universal Control to work, any ‌iPads‌ and Macs cannot be sharing a cellular and internet connection, so the Mac can’t be tethered to the ‌iPad over Wi-Fi, Bluetooth, or USB‌. Make sure to disable any tethering using the options in Settings -> Personal Hotspot.

Are You Using Sidecar?

Sidecar‌ and Universal Control are separate features and some users have had trouble getting them to work in tandem. It is possible to use both features at the same time, but keep in mind that Universal Control in macOS 12.3 is still technically in beta, and some setups may throw up lingering bugs.

If you’re using ‌Sidecar‌ to mirror or extend your Mac’s display to an ‌iPad‌, Universal Control won’t work on that iPad and may not work on an additional iPad to Mac, as there are some issues with the way the two features interact during the beta. Turn off Sidecar using the Display panel in your Mac’s Control Center to prevent potential issues.

Are You Using At Least One Mac?

Problems Automatically Reconnecting to a Nearby Device

The first time you use Universal Control, you can connect to a nearby Mac or ‌iPad‌ by pushing the trackpad or mouse cursor to the edge of the display toward the other device. After that, you can automatically reconnect to any nearby Mac or iPad in another session, but only if the setting is enabled (it isn’t by default).

To enable automatic reconnections on Mac, go to System Preferences -> Displays -> Display Settings- > Advanced, and check the box next to Automatically reconnect to any nearby Mac or iPad, then click Done.

Problems With Drag and Drop

You can drag and drop files between two devices using Universal Control, but note that if you’re using an ‌iPad‌ and a Mac, you need to have an app open that’s compatible with the file type.

Dragging something from the ‌iPad‌ to the Mac is simpler because the Mac’s desktop supports different file types, unlike the ‌iPad‌’s Home Screen.

Some multitouch gestures like Mission Control are not available on an ‌iPad‌, and some are a little bit different. If you open up an app on the ‌iPad‌ and then want to exit out using the Mac’s trackpad, you can use a three-finger swipe to do so. Alternately, with a mouse, you can mouse down over the dock to bring it up to swap apps.

You can copy and paste text from one device to another using the one keyboard as long as it’s an app that supports text input, but this feature does not yet appear to be working properly with apps like Safari. Features like copy/paste will likely see some refinement during the beta testing process.

If the cursor exits one display and appears on another display in a position that doesn’t align with the physical arrangement of both displays, use the Displays section of the Mac’s System Preferences to rearrange how your devices are laid out.

If your ‌iPad‌ is to the left of your Mac, for example, you’ll want to make sure the Displays section shows that arrangement so your Mac’s cursor can pop over to the ‌iPad‌’s display when you pop it off of the left edge of the Mac’s screen.

Universal Control does not work with the Apple Pencil. Input and control are limited to connected trackpads, mice, and keyboards. A single mouse/trackpad and a single keyboard can be used to control multiple iPads and Macs.

Universal Control is a feature that is designed only for the Mac and the ‌iPad‌. There is no option for controlling an iPhone with a Mac or ‌iPad‌’s mouse/trackpad and keyboard.

Have questions an issue with Universal Control not discussed or want to offer feedback on this guide? Send us an email here.