Skip to content
Home Geek Life ‘We have Leonardos among us’: DaVinci exhibit shows Seattle region’s spirit of innovation

An international exhibit showcasing newly-built works based on the sketches of Leonardo DaVinci opens in Seattle on Saturday.

The traveling exhibit will be housed in the Museum of History and Industry until Jan. 3 for its West Coast premiere.

DaVinci was an inventor, artist, sculptor and more, but the pieces in the exhibit were not built by him. They were recreated by Italian artists from his sketches. About 60 wooden inventions line the walls of the exhibit and hang from the ceiling. Some even have labels welcoming patrons to touch them, moving handles and levers to see how they work.

“This isn’t the real stuff, we know that, but we want the inspiration we can provide people with it to be real,” said Leonard Garfield, executive director of MOHAI.

MOHAI is focused on innovation in the Seattle region. Garfield said the exhibit matched the museum’s theme because “we have Leonardos among us.”

Garfield referenced Amazon founder Jeff Bezos’ recent trip to space and other inventors who are looking to space as a continuing frontier.

“In the exhibit, you’ll see that Leonardo is quoted as saying that once someone has taken to flight, is upward to the sky, you never look downward again because it’s this vast universe, this continually receding horizon that we reach for because that’s who we are as human beings,” Garfield said.

Bezos, who rode on Blue Origin’s New Shepard rocket ship with three others last week, donated $10 million to MOHAI in 2011.

Though DaVinci is from Italy, some 5,000 miles away from the Pacific Northwest, Sondra Snyder, director of education, said he represents the innovative mindset that the region also celebrates.

Snyder said the exhibit is accessible to all ages, and she hopes students will be able to experience it. The museum expects to see between 20,000 and 30,000 students on field trips, though with the pandemic attendance is uncertain.

She said DaVinci’s work can be powerful for students learning about their own role in the world.

“Everyone can identify needs in their immediate world and everyone can be an innovator around that, and I think this really supports that idea,” Snyder said. “Also, we see where things didn’t work out, and [DaVinci] didn’t quit. That’s a really important message to share with them as well.” 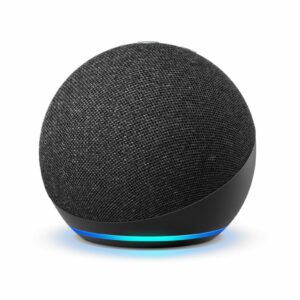