Announcing its record-setting deal to acquire game publisher Activision Blizzard for $68.7 billion, Microsoft pointed out that the combination would make it the world’s third-largest gaming company by revenue.

“Together with Activision Blizzard, we will have one of the largest and most engaged communities in all of entertainment,” Microsoft CEO Satya Nadella said in a conference call with analysts and investors. “And we are excited to create new opportunities for both leading publishers as well as for individuals and small teams to build and monetize their creations across this community.”

But will the business case undermine the antitrust defense?

That’s one of the central questions facing the company as it looks to complete the acquisition, combining its Xbox and Windows PC gaming businesses and studios with iconic Activision Blizzard franchises such as Warcraft Diablo, Overwatch, Call of Duty and Candy Crush.

The announcement Tuesday coincided with the start of a process by the U.S. Justice Department and Federal Trade Commission to “modernize federal merger guidelines to better detect and prevent illegal, anticompetitive deals in today’s modern markets,” part of a broader change in approach brought on by the Biden administration.

After settling its landmark antitrust case in the Bill Gates era, Microsoft has largely avoided the intense regulatory scrutiny faced by Apple, Google, Facebook and Amazon in recent years.

However, the size and timing of this deal mean it will get a very close look, at least, from agencies in the U.S. and elsewhere. A key question will be how regulators define the relevant market or markets, whether it’s gaming as a whole or specific segments such as mobile gaming or console gaming.

The broader view of the market would help Microsoft, which could argue that it would still have less than 15% market share, as explained by Dan Primack of Axios.

Past work for Microsoft by Jonathan Kanter, assistant attorney general in the U.S. Justice Department’s Antitrust Division, increases the likelihood that the review could be handled by the Federal Trade Commission, the New York Post reports. The FTC is led by Lina Khan, whose 2018 Yale Law Journal article made the case for a more expansive view of antitrust regulation, using Amazon as an example.

“Illegal mergers can inflict a host of harms, from higher prices and lower wages to diminished opportunity, reduced innovation and less resiliency,” Khan said in a statement announcing the move toward new antitrust standards. The goal is “to ensure that our merger guidelines accurately reflect modern market realities and equip us to forcefully enforce the law against unlawful deals.”

In related news, Bloomberg News reports that Activision CEO Bobby Kotick and the company’s board weren’t sure that Microsoft was the right acquirer, and talked with others, including Facebook parent company Meta, about a potential deal.

Under the all-cash deal, Microsoft will pay $95 per share of Activision stock, a 45% premium to Activision Blizzard’s Jan. 14 share price. Pending regulatory review, Microsoft says it expects the deal to close in its 2023 fiscal year, which begins in July of this calendar year. 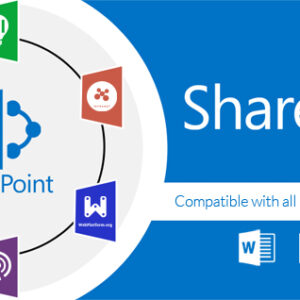